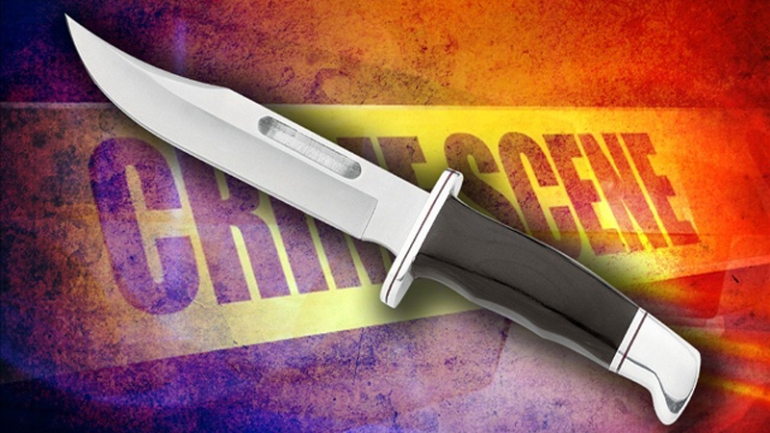 Police officers are often placed in no-win situations. This is why so many people use the phrase “Being a police officer is a thankless job.” Not to me. I greatly appreciate and support the men and women of law enforcement.

The shooting of Jacob Blake by Kenosha, Wisconsin Police Officer Rusten Sheskey, has once again raised claims of police brutality and racism. And once again, the media has done a poor job of reporting the facts related to a police involved shooting. It’s a continuous cycle.

These are the facts of the Blake shooting:

The “21-Foot Rule” is a measure of distance that related to the time it would take a police officer to recognize a threat, draw a sidearm, and fire two rounds center mass against an attacker charging with a knife or other stabbing weapon.

In the early 1980s, Salt Lake City Police sergeant, Dennis Tueller, published a test on the time it took for an assailant with a knife to cover 21 feet. He timed healthy adult males as they reenacted a combat scenario, determining an average time to attack of 1.5 seconds. Subsequent testing determined that although 21 feet is generally acknowledged as the minimum distance for a police officer to react to a suspect charging with a knife, the actual distance fluctuates. Tests also proved that at 20 feet, most police officers could barely get off a single shot before being overcome by the attacker. Worse, most police officers missed the attacker with their shot.

I was trained on the 21-Foot Rule by police officers after I was discharged from the Marines, and I began teaching close combat pistol shooting, hand to hand combat, and knife fighting/knife self-defense to police officers, security guards, members of the military and members of the general public. I can attest first-hand that it is nearly impossible to shoot a suspect armed with a knife before they close the distance based on the number of attempts I made.

An example of a suspect giving a police officer no choice but to shoot is disobeying the officer’s commands to drop a knife or take their hands out of their pockets. Another example is disobeying an officer’s command  not to enter a vehicle. Police officers know that when a suspect is trying to enter a vehicle, it is often to retrieve a weapon or flee. In a fraction of a second, a suspect can grab a weapon with the intent of killing or injuring the officer. Police officers aren’t mind readers so they have to assume the worst is about to happen and act appropriately.

Some people believe that police officers should let suspects go even after they resist arrest, as a way of allowing the situation to deescalate. Bad idea. Suspects that are agitated often act recklessly. Letting a suspect go puts more lives at risk. It also opens up police departments and city governments to significant legal liability.

In researching the shooting of Jacob Blake, I watched the video of Blake exiting the home and going into his SUV. Blake appears to be carrying a knife. However, Blake isn’t carrying just any knife, I believe he was carrying the deadliest knife in existence – the Karambit. Why do I think the Karambit is the deadliest knife that can be used in a fight? Because I’ve been teaching students how to fight with a Karambit for nearly 15 years. I also teach students how to fight with straight edge, fixed blade knives.

I rate the Karambit at the top of the list in terms of the best knife to use in a fight. If given the choice of using a handgun or a Karambit in a close distance fight, I’m choosing the Karambit . Always. Knives are swift, silent and deadly.

Note: YouTube has a large number of videos created by so-called self-defense experts all showing their incredible skills at disarming bad guys of a knife. DO NOT, under any circumstances, attempt to use the techniques shown in those videos. A knife in the hand of someone who knows how to fight with a knife, as well as fight with his hands and feet, is a lethal weapon. It is nearly impossible to disarm a trained fighter of their knife and attempting to do so will only get you killed.

Let me be clear – when you get into a fight with someone who is using a knife, you have to kill them. Forget about all of the Bruce Lee, Krav Maga or martial arts nonsense that you see in movies and on TV. None of it works in a knife fight. I strongly encourage you learn how to fight with a knife and also to carry a knife at all times. I also encourage you to learn how to shoot a handgun and also to carry a handgun.

For 15 years, I’ve offered the same bet to anyone I teach or anyone they want to bring with them to one of my classes: I will pay $25,000 to anyone who can take my Karambit knife out of my hand or prevent me from cutting them with my Karambit knife. The person challenging me can use any form of fighting that they choose. I’ve never lost the bet. (I know several instructors who teach fighting and knife fighting like I do. If they offered me $25,000, I doubt I could take their knives away).

Note: I train only celebrities, professional athletes and high-profile clients like senior executives. If you’re interested in learning how to fight and defend yourself, I recommend that you start here. I do not have a business relationship with the company in the video.

Based on my experience with knives, I have come to the conclusion that the only logical defense police officers have against any suspect, man or woman, holding a knife is to immediately put a plan in place for shooting the suspect if tasering the suspect or other strategies fail. (Jacob Blake was able to take two hits from a taser without going down or showing any effects at all. I believe tasers are useless weapons in my opinion).

I must also point out that suspects who carry knives do so for one reason – to main or kill. That’s it. The moment a suspect, especially a suspect with a criminal history and a violent past pulls out a knife, it is their way of sending a message to police officers – I have every intention of hurting you or killing you.

If a police officer has to shoot a suspect, can’t they shoot to wound? No. There is no such thing as trying to wound a suspect. Most police officers are so rattled when they pull out their service weapon that they have to fire multiple times just to hit a suspect once or twice. Asking a police officer under stress to shoot a suspect in the hand, arm or leg is an impossible task. This is why over the years, there have been instances of police shootings where a large number of rounds were fired yet the suspect in question was only hit once or twice. The police were under stress, their heart rates were elevated and it reduced their ability to shoot accurately.

What about using a K9 cop (police dog) to go after suspects? If a police dog is available, yes, it is a viable option. The problem is that police departments only have a few K9 dogs on the force. Also, most police officers encounter suspects with knives with no prior warning so unless a police officer has a dog with him, it’s too late to call for a K9 backup.

I also want to dispel the notion that many people have that police officers should subdue a suspect by jumping on them or wrestling them to the ground, even if a suspect is armed with a knife. Ridiculous.

I’ve trained enough police officers to come to this conclusion – most police officers have limited fighting skills. (I’m also surprised by the number of police officers that don’t workout regularly). Police officers aren’t trained to fight, they’re trained to arrest suspects using specific techniques taught to them at a police academy or by completing additional training after they graduate from the academy. Unfortunately for the police, the techniques they use are meaningless if a suspect is larger and stronger than they are. Add a knife into the equation and what you have is a recipe for disaster – police officers will get cut and odds are the suspect will be shot.