This Is How To Lower The Cost Of Groceries 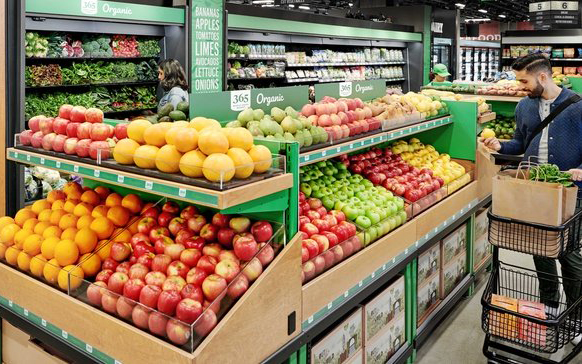 The Labor Department reports that food prices have increased to their highest levels. Prices for meats, poultry, fish and eggs increased the most rising 4.3% Stated simply, consumers are being crushed by the price of groceries.

Will prices come down? No. They’re expected to continue increasing.

In a nation with over 53 million Americans out of work, and more job losses expected, consumers are looking for answers to reduce their grocery costs but their options are limited.

There are no easy solutions for reducing food prices. However, there is an opportunity to reimagine the entire process for how groceries are acquired that will significantly reduce prices.

I am convinced that the best way to reduce grocery costs is to stop treating every online order placed as an individual order. For example:

Millions of consumers order groceries online but each order is fulfilled separately on a daily basis. If the total volume of grocery products ordered online daily were totaled, the numbers would look something like this:

A truism in business is that volume can be scaled to reduce the unit cost of an item. The principle applies to items sold in grocery stores.

A New Model For Grocery Retail: The Online Auction

I have researched the grocery industry globally; I am the former Worldwide Expansion Leader for Amazon Fresh and I designed strategies for Amazon to become a major player in groceries; I am also a consultant for the largest grocery retailers in the world including Kroger.

Based on my research and analysis, I advocate a model for grocery retailing that doesn’t exist today but if implemented, the model would significantly disrupt the status quo. At a high level, what I recommend is that all online grocery orders are pooled, and retailers, wholesalers and brands bid on fulfilling the orders. As with all auctions, the lowest bid wins. (Because prices would be reduced using an online auction, the percentage of customers willing to use an online auction would increase).

For the sake of this article, let’s state that a company called ‘GroceryBid’ is available for consumers to place their order for groceries online. GroceryBid would pool all of the products ordered and once a day, or maybe several times per day, open up the platform for wholesalers, brands and retailers to place their bids to provide the products to fulfill the orders.

Consumers that purchase groceries on an individual basis have little to no power in reducing prices as the prices are set by the retailer. Collaborative or pooled grocery retailing whereby thousands of grocery orders are pooled and then bid on maximizes the value to the customer as the lowest price will be achieved on all products. For example:

Models I’ve run when conducting research on this topic identified extensive reductions in price when items are bid on in bulk. Reductions in price of more than 50% per grocery order are achievable especially when private label products are purchased.

I developed this model for several reasons, among them was a desire to create a model that would result in prices on all grocery products (brand and private label) being lower than the products sold by Aldi and Lidl. Based on my research, the model achieves the goal.

The concept of an online grocery auction is simple but the implications to the retail industry are enormous.

I reviewed these concepts with grocery analysts and management consultants on several occasions, including operations research scientists with PhDs that I worked with at Amazon. The combined feedback helped me make adjustments in several areas.

I also spoke with four grocery executives about the concepts I outline in this article. The executives asked to remain anonymous but each provided an opinion. The consensus among the executives is that everything I describe can be implemented. The executives were also in agreement that they hope corporate America does not move forward with what I recommend.

An executive from a leading retailer said, “I’ve never heard of such an idea but this would be devastating to the grocery industry. I agree that customers would reduce their grocery bill and logistics costs would be less.”

The purpose of an online auction for groceries isn’t to limit product selection. In order for the concept to be successful, consumers will need to be able to order the same type, size and assortment of products available in the average supermarket.

Note: There are implications to the logistics involved in fulfilling and delivering groceries. I am not covering this topic in this paper but rest assured that I have taken the time to develop a new logistics model capable of meeting customer demand in the event an online grocery auction becomes a reality.

Unless something like the model I introduce in this article is implemented, the grocery retail status quo will remain, with grocery retailers having the advantage.

Consumers win when innovation is unleashed. Based on my experience, grocery retailing needs to be transformed on a massive scale. The majority of changes I see taking place in the grocery industry are incremental, not transformative. If customers still shop in stores, order groceries online for home delivery or pick up the groceries at the store, the grocery retail business model effectively remains the same.

What I recommend will drastically alter the status quo, increase efficiency and reduce costs. 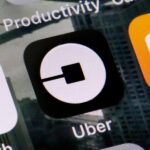 Uber And Amazon Want To Change The Way You Buy Groceries: Is An Online Grocery Auction The Answer? 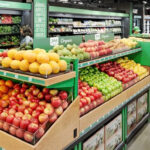 The Future of Grocery Retail 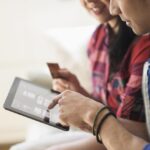 How Social Commerce and Online Auctions are Set to Revolutionize Retail 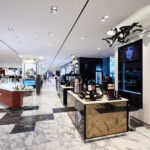